Our group is interested in the molecular communication between the fungus and the host during the infection process. To develop a system in genetically accessible model plants, we have established the Brassicaceae smut fungus Thecaphora thlaspeos.

In their natural environment, plants are constantly exposed to a wide variety of microbes. These include plant pathogens, which can infect the plant tissue to gain access to energy: soil-borne pathogens enter into root, but also can migrate to xylem or phloem. Air-borne pathogens infect aerial parts such as leaves, stems, or fruits.

We aim at understanding various aspects of the infection process in two different fungal systems:

In the past years, we have established the Brassicaceae smut fungus T. thlaspeos as a smut infection system in the model plant A. thaliana, described its lifecycle (Frantzeskakis 2017 https://doi.org/10.1094/MPMI-08-16-0164-R), and established a transformation protocol (Plücker 2021 https://doi.org/10.3390/jof7010038). This pipeline now serves as a blueprint for the investigation of fungi from the Thecaphora clade such as T. frezii, which is a major problem for peanut production in Argentina.

T. thlaspeos has several distinctive features when compared to the grass smut fungi:

Nevertheless, the genome and infection transcriptome resembles the grass smuts fungi to a great extent (Courville 2019 https://doi.org/10.1111/nph.15692) including the mating genes and a subset of the core effector proteins.

We now are interested in uncovering the common principles and distinctive molecular mechanisms that determine the infection process and host colonization in a comparative approach.

In the recent years it became evident that pathogens can use various RNA species as a tool  to infect/to support infection of their host plant. In this project associated to the research unit exRNA, we focus on RNA-based communication during the infection. First, small RNAs are used in cross-kingdom RNAi. In this project, we aim at uncovering T. thlaspeos sRNAs that target host plant genes to understand their contribution to fungal virulence. The reverse pathway of plant RNAs counter-acting fungal biology is highly relevant in developing novel plant protection strategies, e.g. spray-induced gene silencing (SIGS). Second, since U. maydis also delivers specific mRNAs into the host plant (Kwon 2021 https://doi.org/10.3390/jof7070562), in a comparative approach the extracellular vesicles of T. thlaspeos are characterized with regard to their cargo, and the function of cargo molecules at the target site. In the long term, we aim at elucidating the molecular mechanisms of RNA-transport in extracellular vesicles, their biogenesis and the targeting mechanisms to the host cell.

To colonize a plant, biotrophic fungi such as T. thlaspeos take up all nutrients from the host plant. Hence, they represent an additional sink and thereby influence plant resource allocation. In the framework of the Graduate School iGRAD-Plant, we investigate resource allocation during smut fungal infection.

One central aspect is the energy supply of the pathogens in form of sugars. We hypothesize, that T. thlaspeos grows along the vasculature, because these tissues are a major highway of sugar distribution in the plant. To understand fungal sugar sensing and the sugar flow from the plant to T. thlaspeos, we investigate fungal membrane proteins involved in infection with sensing and transport activity. Furthermore, we employ state-of-the art biosensors and reporter lines for live cell imaging during infection to gain spatio-temporal resolution at the sub-cellular level.

Besides sugars, macronutrients are required in relatively high quantities. Therefore, we seek to understand how magnesium is taken up by the fungus. Magnesium is a macronutrient with broad functions and therefore pleiotrophic effects when depleted. Here, we use U. maydis as a starting point, because fungal magnesium transport has been neglected to date. Besides diverse functions in the cell, including photosynthesis, magnesium also stabilizes the plant cell wall. Therefore, we hypothesize that smut fungi hit two birds with one stone: they take up an essential nutrient from their surrounding and at the same time destabilize the cell wall for infection. Combining genetic and biochemical approaches with biosensors, we address fungal magnesium uptake. Quantitative approaches will reveal whether thresholds for magnesium deficiency signals are reached at infection sites. Furthermore, cell wall damage might activate the plant immune system, independent of local magnesium depletion. 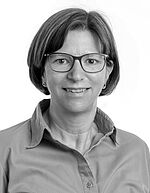 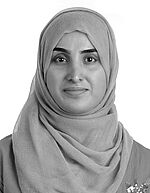 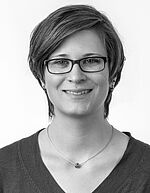 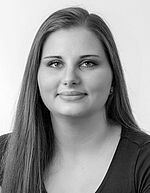 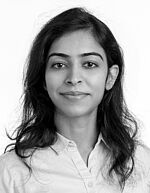 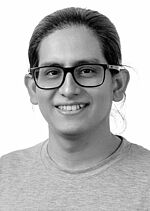 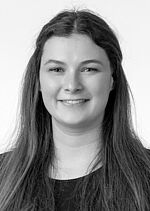